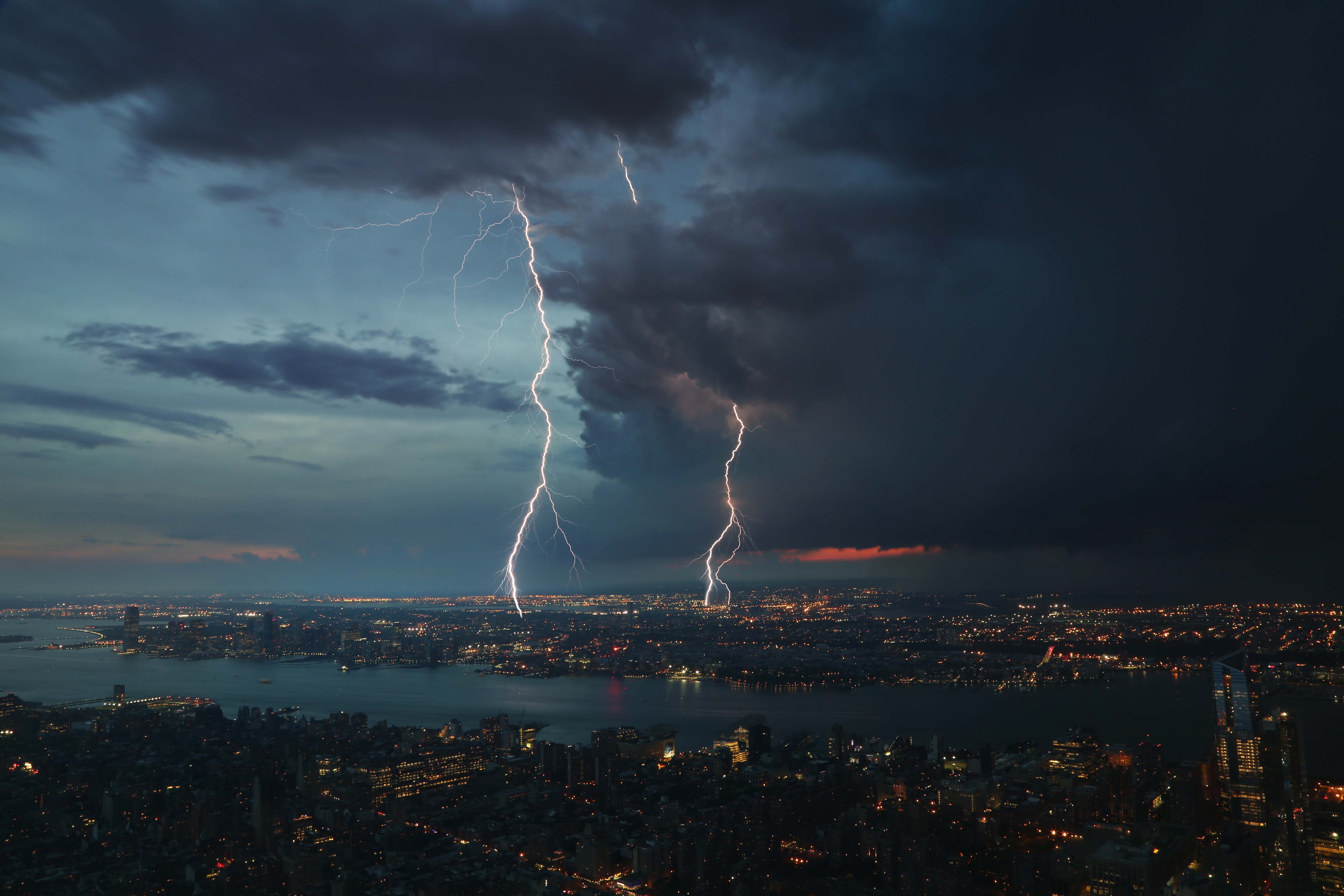 You may be thinking, based on the title, that you’ve come to the wrong place, but please bear with me.  The world can be divided into two camps: those who are concerned about climate change, and those who believe (along with the current President of the United States) that it is a hoax.  There is much heated debate and invective that goes on between the two groups, and neither is likely to convince the other that they are correct.  I would like, therefore, to present the argument that the response, and appropriate course of action for the world, is the same in either case.

We are familiar with the response necessary if Anthropogenic Global Warming (AGW) is in fact happening, in other words, human activities are causing the observed increases in global temperatures.  Among the anticipated consequences are rising sea levels, retreating polar ice caps, more extreme weather, ocean acidification, and the possible need to adapt to these changes at some unidentified but very large cost. There are likely unanticipated consequences as well, particularly if the agricultural production of the world if greatly affected by changing weather.  The appropriate response is to reduce our emissions of greenhouse gases, that result primarily from the burning of fossil fuels, namely coal, oil, and natural gas. And the only way to do that is to develop viable alternative energy; viable meaning capable of generating the amount of energy demanded by our civilization today and in the future.

But, what if AGW is a hoax, as some would have us believe?  What is the appropriate response?  I would argue that the appropriate response is exactly the same…the rapid pursuit of alternative energy.  The reasons for this are just as concerning, and are undeniable, even by those who deny climate change.  The primary reason is that fossil fuels are non-renewable, and in finite supply.  Humanity, globally, is continuing to demand increasing amounts of energy, and despite any concerns raised, that demand has increased virtually every year, except during brief interludes of severe economic recession.  Further demand increases can be expected if we aspire to raise the standard of living of the entire world to something like the level currently enjoyed in the developed world.  So, we have ever-increasing demand for something that is in limited supply.

…fossil fuels are non-renewable, and in finite supply.

We may be fine for a few decades, even a few hundred years, but one thing is certain – we will begin to fight over increasingly scarce fossil fuel resources.  And this is a certainty, because it has already begun.  The USA imported 13.8 Billion barrels of oil from Persian Gulf countries from 2000-2017 according to the U.S. Energy Information Administration (EIA) 1.  During that same period, it is estimated that between 3.689 and 4.792 Trillion dollars were spent on Middle East wars according to a Brown University study2.  It is interesting to note, and important for advocates of alternative energy to understand, that this represents an additional cost of $267 to $347 dollars per barrel on top of the world price that has ranged from $23 to $109 per barrel during that period 3.

For proponents of alternative energy, competing with the true cost of oil, which is $300 to $400 per barrel, makes quite a difference in the economic justification.  Avoidance of the cost of future wars, in financial and human terms, should provide sufficient reason to pursue alternative energy aggressively.  Linking the cost of securing supplies to the cost of fossil energy in this way is completely valid, and does not yet consider the cost to the environment of utilizing the fossil fuels once secured.  Some would argue that Middle East wars are about spreading democracy, or about preserving religious freedom, or liberating women, but in fact we don’t do a great job of those things here at home, and certainly don’t go to war over them.  There are many countries with these issues that are totally ignored.  The difference is the presence of oil resources.

Therefore, hoax or no hoax, the proper course for humanity is to develop viable alternative energy technology, as rapidly as possible.  Much progress has been made, but fossil fuels remain a convenient and high-grade energy source…that is the technical challenge. Meanwhile, rather than try to convert the deniers, it may be more practical to convince them that fossil fuel use has other more immediate and similarly severe consequences.  Also, few would deny the reality of pollution, whether or not they subscribe to global warming.  The time to properly account for the costs of fossil fuels is now.