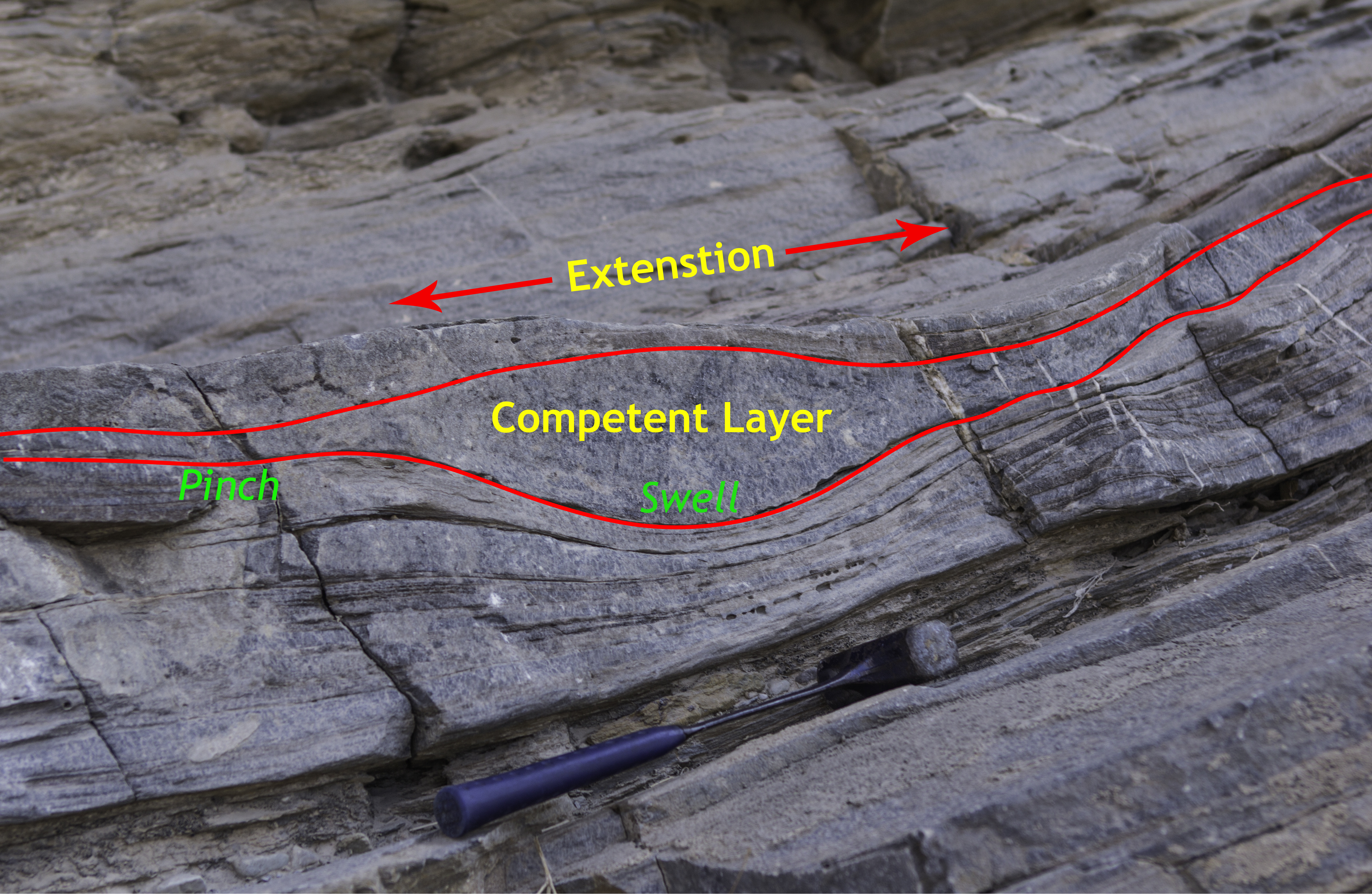 Boudin is a geologic term coming from the French word for sausage, and describes a structure created through layer-parelell extension. These are competent rock layers that have been stretched into observable segments.

In the example above we see a boudin that has formed in limestone through plastic deformation creating the classic looking pinch and swell structure. The more competent middle layer keeps its integrity while the extensional forces stretch and thin the surrounding layers. Typically boudins are more or less regularly shaped, and it is fairly common to find multiple boudins within one outcrop of exposed bedding or foliation.

A combination of the two deformation mechanisms may also occur, sometimes creating asymmetrical boudins. Ultimately the type of deformation (brittle or plastic) experienced by the rock tell us about the viscosity and temperature of the rock during deformation.