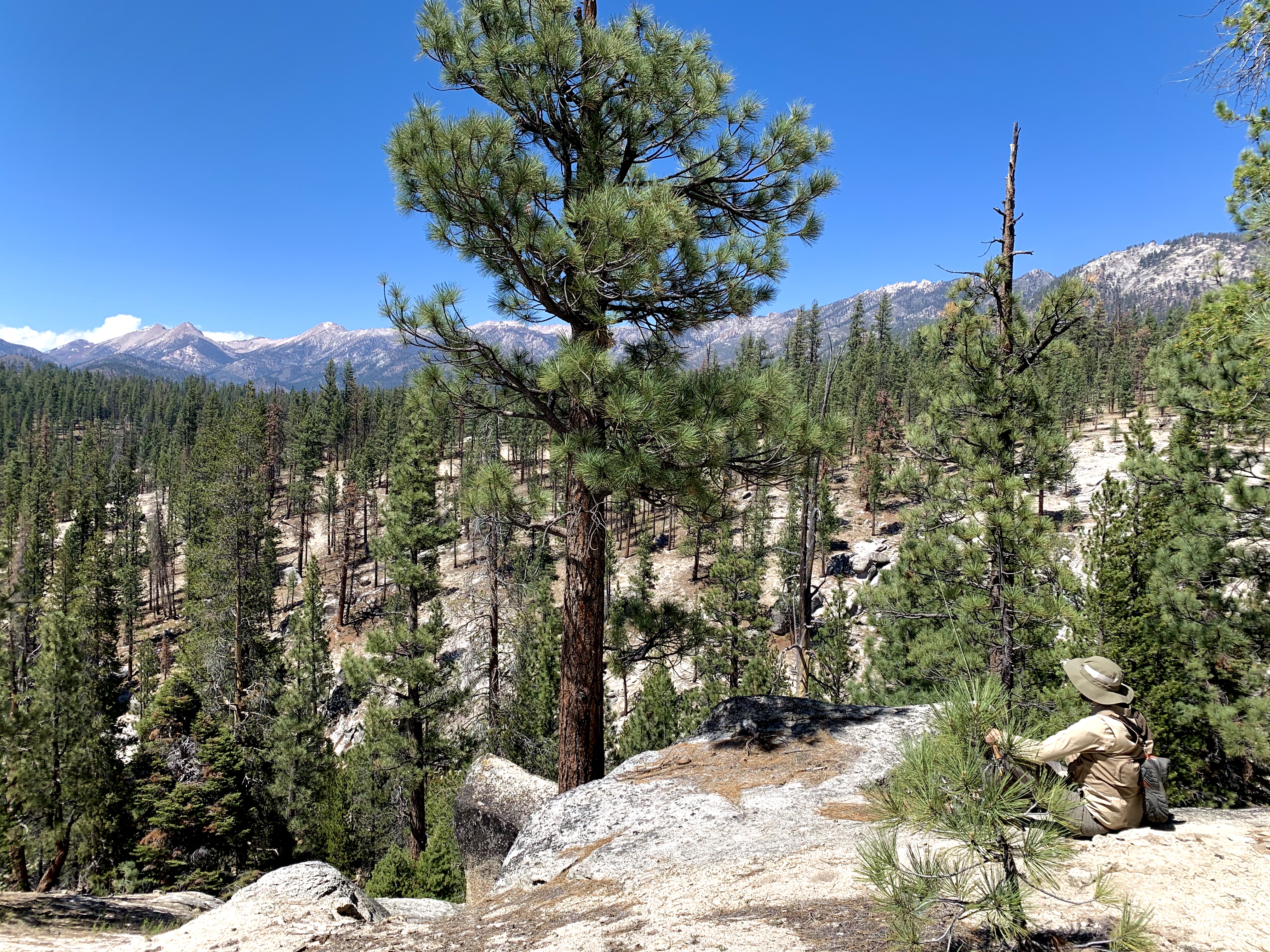 Let me start by admitting I am a novice fly fisherman. I don’t know all of the terminology, the names of fish, what they look like, what type of fly to throw, or even how to tie all of the knots, but there is one thing I do know; I love fly fishing.

I was first introduced to the intricate art of fly fishing by my sister Andria and her fiancé, Michael, a few years ago (Circa 2016) when I was invited to join them on a day trip to one of their favorite fishing spots in all of Virginia. It was then that I landed my first native rainbow trout and gently released it back into the cool, clear water of that little brook. The feeling of tossing a fly and hooking a trout is addicting. My heart begins to race, my hands start to sweat, and my mind is focused. “FISH ON!” echoes from streams, rivers, and creeks to offshore vessels. No matter what language it’s spoken in, when those two words come out, every head turns in the direction of the bent rod.

Recently I had the opportunity of once again joining Andria and Michael for a great weekend of hiking and fishing along tributaries of the Kern River. The Kern River is located in the southern Sierra Nevada’s within the Sequoia National Forrest. It’s formally designated by the California Department of Fish and Wildlife as a Wild and Heritage Trout Water, and includes one of the only watersheds in California where you can catch two species of golden trout. Since the golden trout are unique to the upper reaches of the Kern River watershed, they are considered an Endemic species. This means that they have specifically adapted to a certain geographic location and are only found within a small region.

Since golden trout are endemic to tributaries of the Kern River, they are particularly vulnerable to external pressures, whether by humans, predators, climate change, or the introduction of non-native and invasive rainbow trout. Currently, golden trout are considered a threatened species under the Federal Endangered Species Act. As such, fishing responsibly (i.e. only using barb-less hooks, practicing safe catch and release, and no polluting) is of utmost importance when chasing these species. Respecting local rules and practicing conservation is the only way to ensure the future safety and preservation of all endemic species.

Our weekend started on Friday June 5th and continued through Sunday June 7th, 2020. We decided to meet up at the base of Sequoia National Park around 12 pm prior to heading into the wilderness. After a short break to stretch our legs from the drive, we continued along the highway through the stunning Sierra Nevada Mountains until reaching the forest service road that would take us to our point of entry. Once we arrived and parked our vehicles, we ate a quick lunch and got straight to business.

Each of us packed in about 40 pounds of gear for the weekend trip. This included our tents, food, water, fly fishing gear, and other essentials. The hike in was estimated at about 4.5 miles to the proposed campsite and we guessed it would take a couple of hours. The trails were nice and relatively easy to navigate. I do, however, recommend bringing along trail maps or even a GPS if you’re going to explore the Sierra Nevada’s. There is absolutely no cell coverage, meaning your phone will only serve as a camera when you need it, or a brick once it dies.

After about an hour and a half of hiking, a faint rumbling in the distance began. The horizon slowly grew darker and the temperature gradually dropped. The wind picked up and as it changed direction so did our attitudes. Do we continue onward to camp and setup? Would the weekend become a literal washout? Could a lightning strike spark a forest fire nearby? As we discussed the possibilities, we continued hiking guided by our determination to at least make it to the campsite. And that’s what we did.

Upon reaching an open floodplain next to a beautiful stream, we feverishly started searching for a place to setup camp. Time was running out as lightning began to strike overhead and a wall of rain could be seen approaching us in the distance. We had to find a place above the floodplain that was relatively flat and under the cover of a few sturdy trees. Between a geologist, arborist, and hydrologist you’d think this would be an easy task, right? Wrong. With each spot one of us had our doubts: “These limbs are dead…we aren’t high enough…it’s not flat enough.”

The fat rain drops always seem to fall first. SMACK. PLOP…PLOP. We found a spot just as the rain started bouncing off the brim of our hats. Fueled by adrenaline, our hands were shaking and senses were on high alert. It took no more than five minutes to erect camp from the second our first tent was unraveled until the last stake was driven into the ground. A record each of us laughed about as we scrambled inside to stay dry. The squall lasted around 45 minutes bringing intermittent rains and a few lightning strikes, about 5-7 miles away by my count.

As the rains cleared out and moved eastward the sky remained overcast. We settled in around 4pm and prepared our first meal of the evening; freeze dried instant chicken teriyaki and vegan mac n’ cheese. The nearby stream was clear and flowing at a steady pace, not too fast, not too slow…it looked fishy and we were all ready to find out if the trout were as hungry as us. The blanket of night was wrapping over us and the heavens began to emerge from behind the cover of a few cumulus clouds still lingering overhead. A brilliant full moon ascended from behind the horizon and cast a yellow tint over our campsite.

The night was still and we were sitting at a comfortable elevation 7,000 ft. above sea level overlooking the stream. With our tents facing each other we tucked ourselves in and devised a plan for the following day.  Our voices accompanied the swift motion of the river through the valleys until each of us surrendered to the exhaustion of the day’s hike.