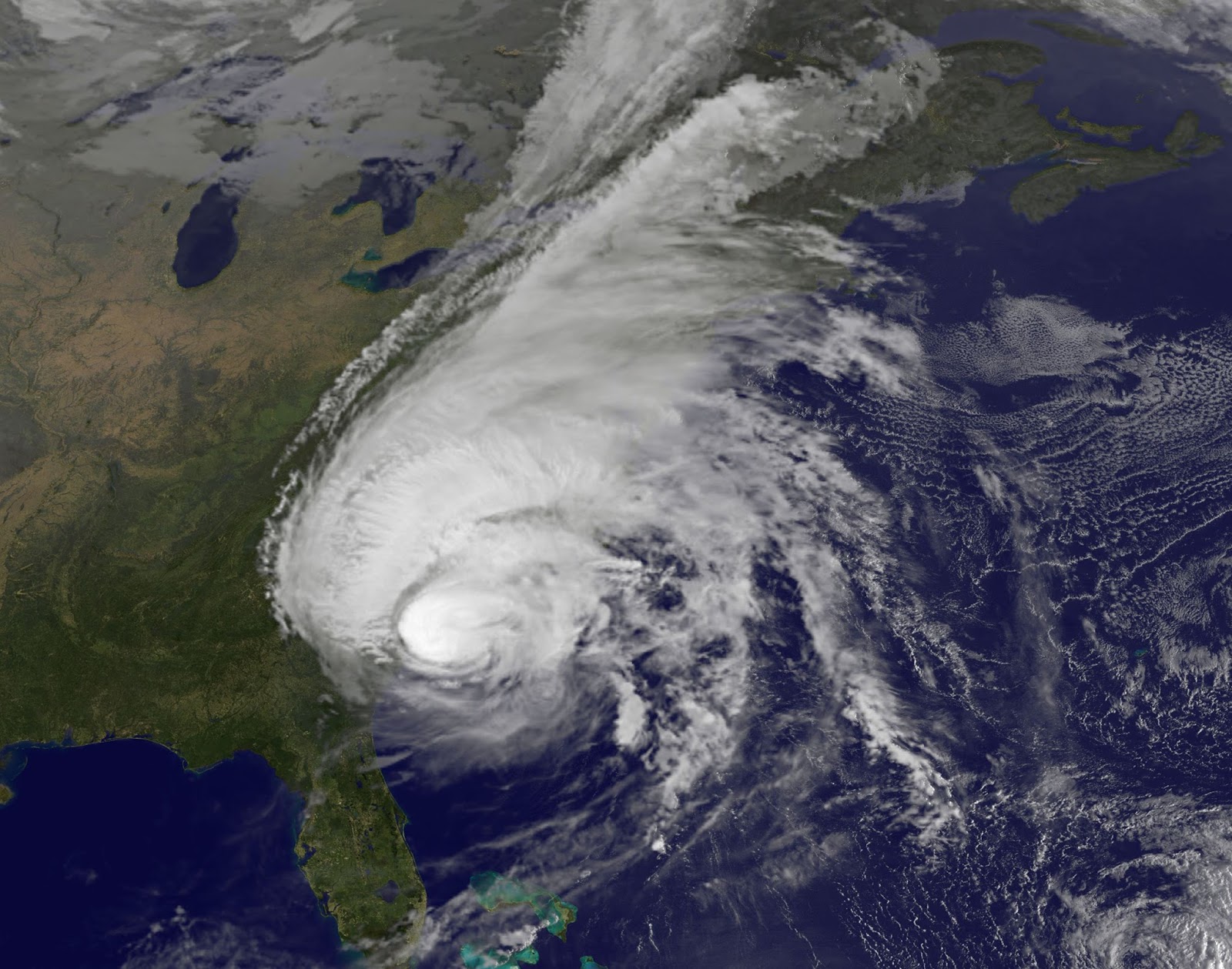 As Hurricane Mathew made headlines and moved slowly from the northern coast of Venezuala along the east coast of the United States, many people witnessed the extreme forces brought about by Hurricane Mathew. Sadly, not everyone made it through safely as nearly 900 people were killed in Haiti and 17 here in the US. For those of you who don’t live on the east coast and maybe aren’t following Mathew closely, here’s an update: as of Oct. 8 at 8:00 am (EDT), Mathew was located ~20 miles (35 km) south-southeast of Charleston, SC. Hurricane force winds extended 45 miles from the center of Mathew, with tropical-storm-force winds extending nearly 185 miles from the center. Wind gusts have been reported as high as 76 mph, with a surface pressure of 962 millibars. Today, as of 11:00 am (EDT) Mathew has downgraded to a Tropical Depression, with winds of 75 mph, a surface pressure of 984 millibars, and is located 100 miles east of Cape Hatteras, North Carolina.

So what does all of that mean? By definition in the Northern Hemisphere, a hurricane is an intense storm of tropical origin, with sustained winds exceeding 74 mph (64 knots), and forms over the warm northern Atlantic and eastern North Pacific Oceans. (Ahrens, 2003) A hurricanes anatomy is relatively simple, made up of three major parts: the eye, eye wall, and spiral rain bands.

The eye is the area of broken clouds and relatively calm conditions, located in the center of this low pressure system. Surrounding the eye is the eye wall, which forms a cylindrical barrier of intense thunderstorms and cloud cover reaching altitudes of nearly 49,000 ft above sea level. The eye wall is where the strongest winds and heaviest precipitation is found. Extending outward from the eye we encounter rain bands which “spiral” outward from the center, and can reach hundreds of miles beyond the eye.
If we could bisect a hurricane, conditions on the inside would look something like this: (known as the organized convection theory)

Inside of the Hurricane warm air is rising, and an area of high pressure is created above the storm. As the warm air rises it releases energy (known as latent heat) and warms the upper troposphere. (Ahrens, 2003) Upper level winds then move outward causing the surface pressure to drop, while air near the surface moves towards the low pressure only to warm and rise, developing a chain reaction that strengthens this cycle.  I keep bringing up air pressure with no real explanation, so to put it all into perspective, the standard air pressure at 15° celsius (59° F) is 1013.25 millibars. This atmospheric pressure translates to 14.7 lbs per square inch at sea level. Typically a hurricane will have a surface pressure of 980 millibars or less. Understanding air pressure is vital to understanding weather, because it is the difference in air pressure (and temperature) that causes air masses to move.

Hurricanes form over warmer tropical waters where humidity is high and winds are light. These systems are born as tropical storms, a mass of unorganized thunderstorms, and need converging surface air to produce the counterclockwise rotation we are familiar with. (Ahrens, 2003) Surface convergence usually starts at the intertropical convergence zone (ITCZ), a belt of low pressure that circulates the earth near the equator where the northern and southern hemisphere trade winds meet. (Skybrary, 2016) Morover, rotation can only occur where the Coriolis force is strong, usually occurring between 5° and 20° latitude. (Ahrens, 2003) But what is the Coriolis force? This force is an apparent change in direction of an object moving through a fluid (such as our atmosphere) due to the rotation of the Earth. For a full explanation of the Coriolis force, Click Here. Once conditions are favorable for rotation through surface air convergence, and a strong Coriolis force, the once unorganized tropical storm will slowly begin to organize, becoming what we call a hurricane.

Hurricane classification is primarily based on wind speed, and is known as the Saffir-Simpson Hurricane Wind Scale. It was developed in the early 1970’s by Herbert Saffir and Robert Simpson, and initially included such factors as central pressure, wind speeds, and storm surge. (Weather.com, 2015) However, in recent years due to advancements in meteorology, this scale has been reduced to only using wind speed.

Any hurricane which is above a category three, is considered a major hurricane due to their potential for significant loss of life and damage to property. (Weather.com, 2015)

Over the past week I have seen many people post about the inaccuracies of their local weatherman, and the ease of weather prediction. Unfortunately storm forecasting is no easy task, and usually requires a lot of computer modeling. Currently there are 7 national models which are relied upon to create weather predictions. (NOAA, 2016) Often times, these models can produce fairly accurate predictions, but that is not always the case. Even using some of the most powerful computer models, forecasts can still be wrong. This is because of the stochasticity, or randomness, that occurs in the natural world which cannot be predicted by any computer model. The bottom line is that uncertainties always exist, and even as computing power improves, models will always, at best, remain a prediction and not a precise reflection of what will happen.